The medieval architecture of Loreto Aprutino, with its courtyards and palaces, can perfectly  illustrate many aspects of human history and  work in the land that was called, in the past, Vestine area.

In recent archaeological excavations carried out in Loreto Aprutino, specifically in the area of Fiorano, have come to light many remains of “Trapetum” (olive oil mill) from the Roman period, as described by Catone “il Censore” and Plinio “il Vecchio”.

This testifies the purely agricultural vocation of the Loreto’s inhabitans and especially the wise art of producing an excellent extra-virgin olive oil.

For these reasons the olive tree is depicted on the coat of arm of the City. It is the proof that the olive trees are the peculiar element of Loreto Aprutino landscape and the emblem of its economy.

The best climatic conditions, a hot summer and a mild winter, with the right rainfall, have always favored the cultivation of the olive trees on the hills in Loreto Aprutino area, building over the centuries a great knowledge for the farmers.

In 1574 A.D. the Dominican Father Serafino Razzi, passing in our country, wrote about our territory as “…very disciplinable and plentiful of precious olive oil”.

The historians say that is the same “precious olive oil” that the Loretesi  began to sell in other regions (the Papal States, Naples, Mantova) riding on mules and horses, already  in the first years of  the 1500’s  AD. 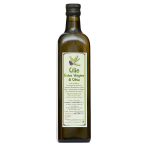 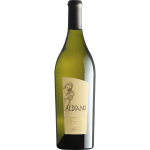